“A very nice but extremely hard regatta”, these are the first words of Alberto Bona upon his arrival on the Class40 IBSA in Pointe-à-Pitre, on the Caribbean Island of Guadeloupe. The skipper concluded his first Route du Rhum – Destination Guadeloupe in eighth position, with a race time of 15 days, 6 hours, 19 minutes and 50 seconds and sailing 4,005.51 actual miles, at an average speed of 10.93 knots.

The project Sailing into the Future. Together then lands in the Caribbean, reaching the first important sporting milestone of its three-year programme, which will see IBSA and Alberto collaborate until 2024.

“I am extremely happy: IBSA and I made it together, we crossed an Atlantic that didn’t cut us any slack. A hard, unforgettable experience” – said Bona.

The 12th edition of the transatlantic regatta – one of the world’s most challenging, prestigious and competitive – will go down in history for its complexity. First, a three-day delay in the departure from Saint-Malo, in Brittany, France, caused by a disturbance deemed too dangerous. Started on November 9 instead of 6, the race was full of unforeseen events, so much so that many withdrawals were recorded in Class40: out of the 55 boats at the starting line, only 37 have already arrived or will reach their destination shortly (barring further unforeseen events); these are the 37 skippers who managed to better cope with the particularly harsh conditions of upwind sailing, which engaged the Class40s for over a week, along with three consecutive disturbances.

Despite the adverse weather conditions, Alberto Bona and the Class40 IBSA remained firmly attached to the leading group from start to finish, recording an excellent performance both from a physical and psychological perspective (the skipper) and from a technical one (the boat). The intensity of the race generated interest and much suspense, and was followed in real time by the entire IBSA and a large audience, thanks to sophisticated satellite tracking systems.

“It was an exciting regatta, full of emotions, which kept us in suspense until the end. The Route du Rhum was a challenge for us from all points of view, and we are very proud of Alberto, of the result he achieved and of his excellent performance”, stated Arturo Licenziati, President and CEO of IBSA. “Alberto and the Class40 IBSA showed what is possible thanks to passion, determination and commitment, together with technology and innovation. We can say that both the skipper and his boat have been the perfect interpreters of IBSA’s vision”.

A few small technical problems complicated Alberto’s navigation, who immediately had to deal with a main autopilot malfunction. Due to this failure, the skipper had to spend many more hours than expected at the helm, testing his stamina and concentration. Furthermore, during the first days of navigation, Bona suffered a small injury: a cut on his forehead, which he treated following the doctor’s instructions by radio.

“Navigating in the upwind conditions we found ourselves in”, said Alberto, “was very difficult: it is a situation in which every movement on board is dangerous, and you are forced to remain still as much as possible, so as not to risk banging everywhere. At the same time, it is necessary to be alert, reactive and ready, because the boat has to be monitored and checked continuously, in order to intervene immediately and avoid greater damages”.

While passing through the Azores Islands, the calm and the inconstancy of the trade winds further complicated the race, but the Class40 IBSA was able to deliver excellent speed peaks, taking advantage of the stronger winds. Bona then decided to try the “Southern option”, to equalise his chances with the leaders. Two days before the finish, however, another unexpected event occurred: the explosion of the heavy gennaker, the most important sail for his point of sailing. For Alberto, this meant changing the sail and being forced to keep manoeuvring, thus reducing speed. From here on, the Class40 IBSA settled in eighth position, where it completed the race.

The Route du Rhum test concludes the first stage of Sailing into the Future. Together on the sporting front, highlighting some of the distinctive features of IBSA’s project: the taste for the challenge, the ability to face adversity with courage, the will to reach the goal and to always go on, to go beyond, without stopping. These elements – combined with the skipper’s talent, the innovation and technology of the Class40 IBSA, as well as the expertise of a great team – transformed this competition into a successful experience… a dream that took the breath away and kept all IBSA personnel, as well as a vast audience of ocean sailing enthusiasts, glued to their screens and monitors. 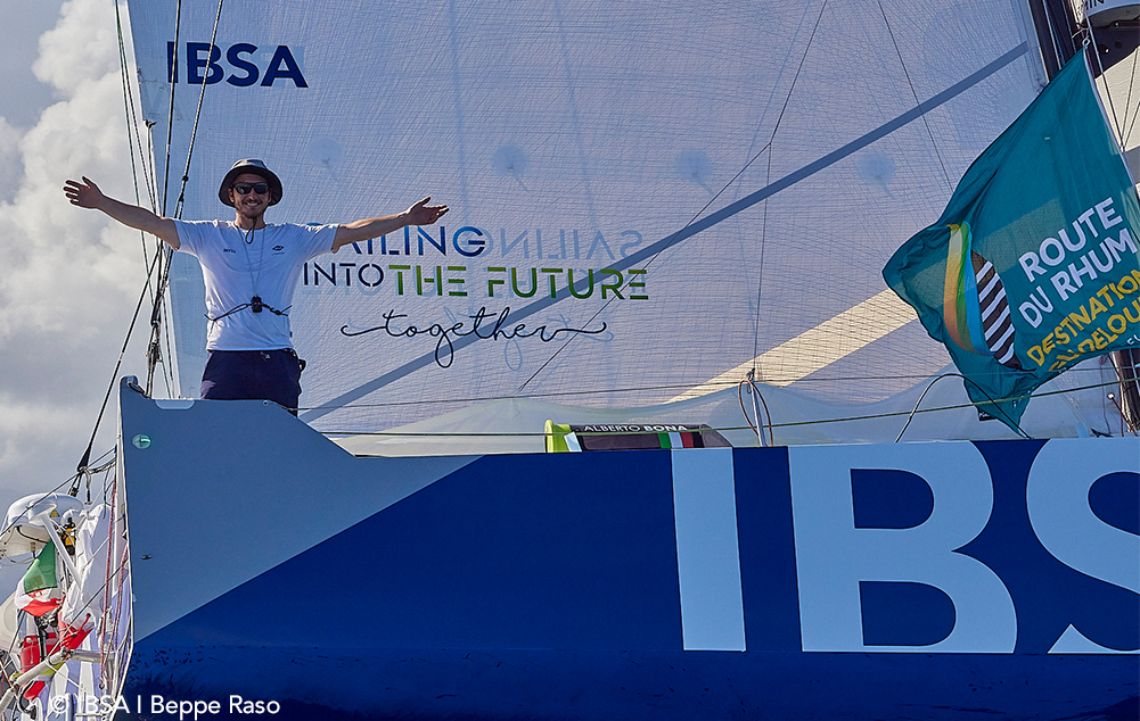 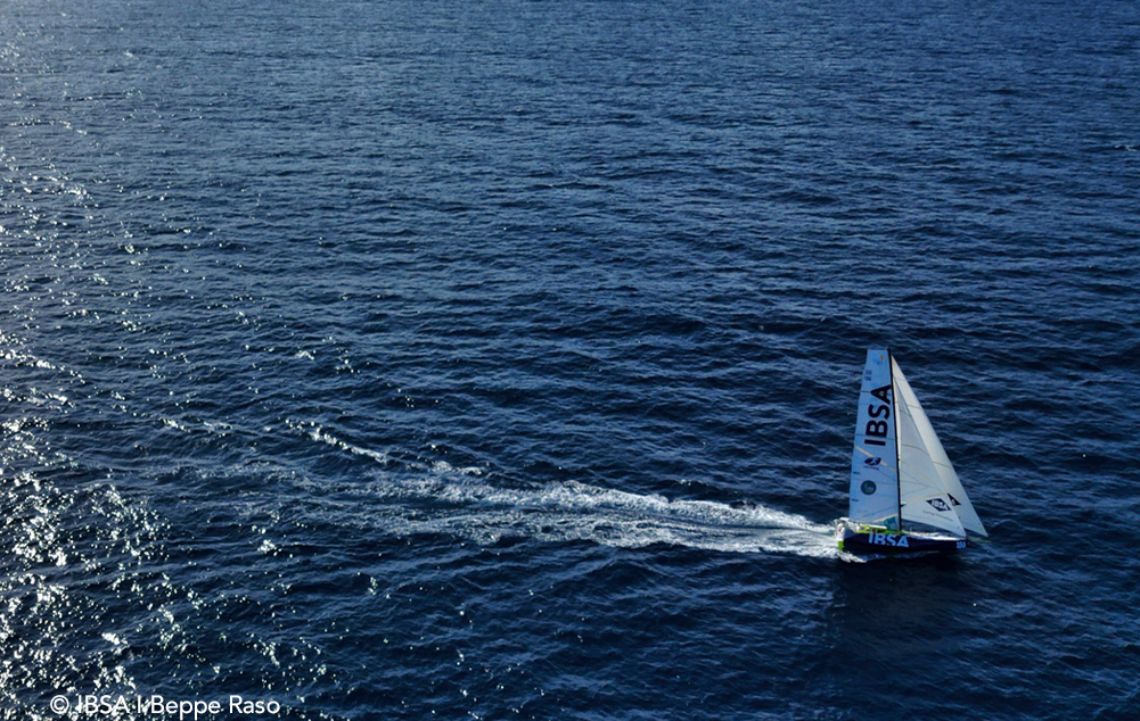 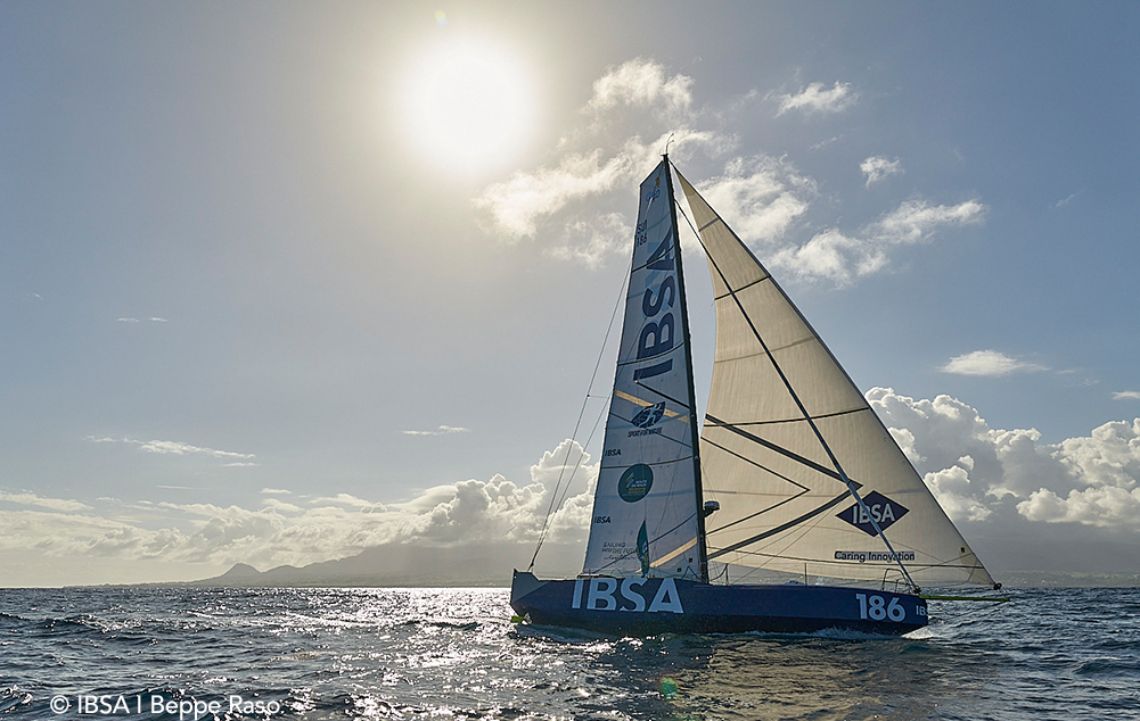 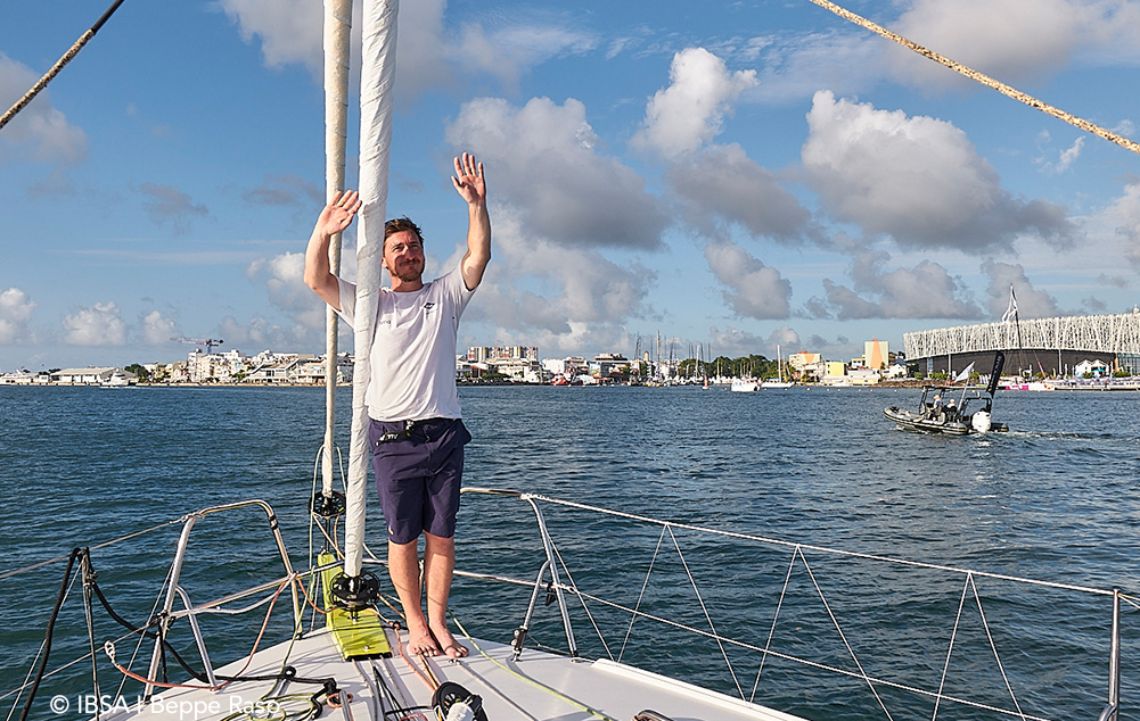 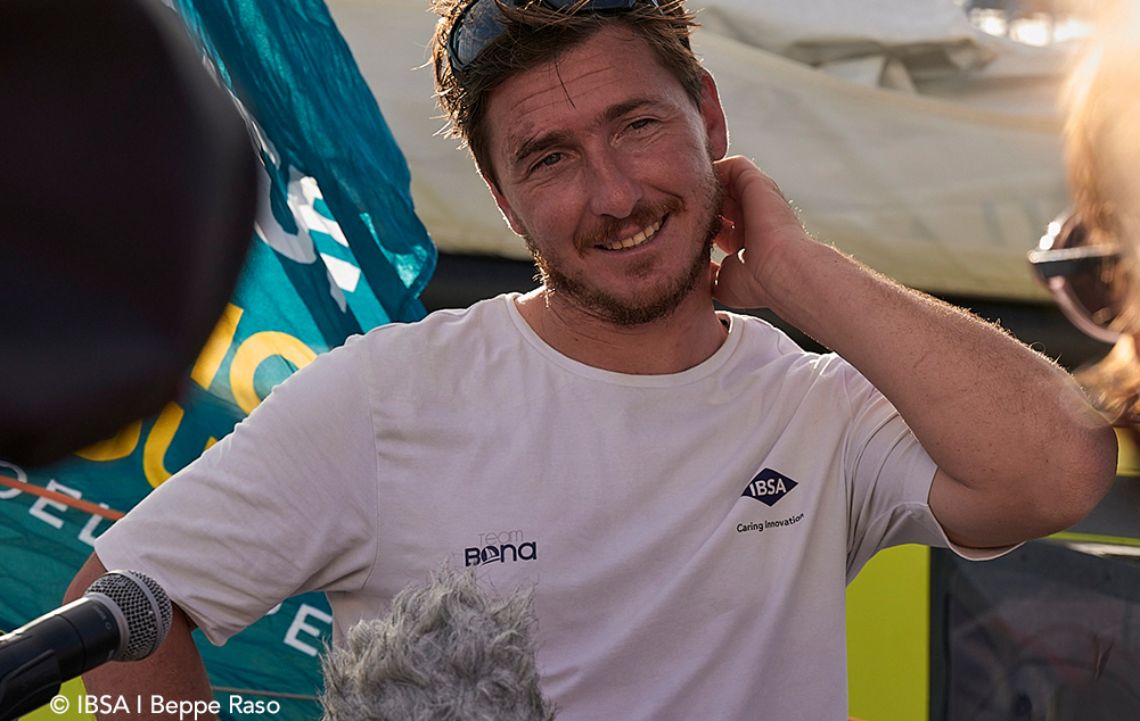 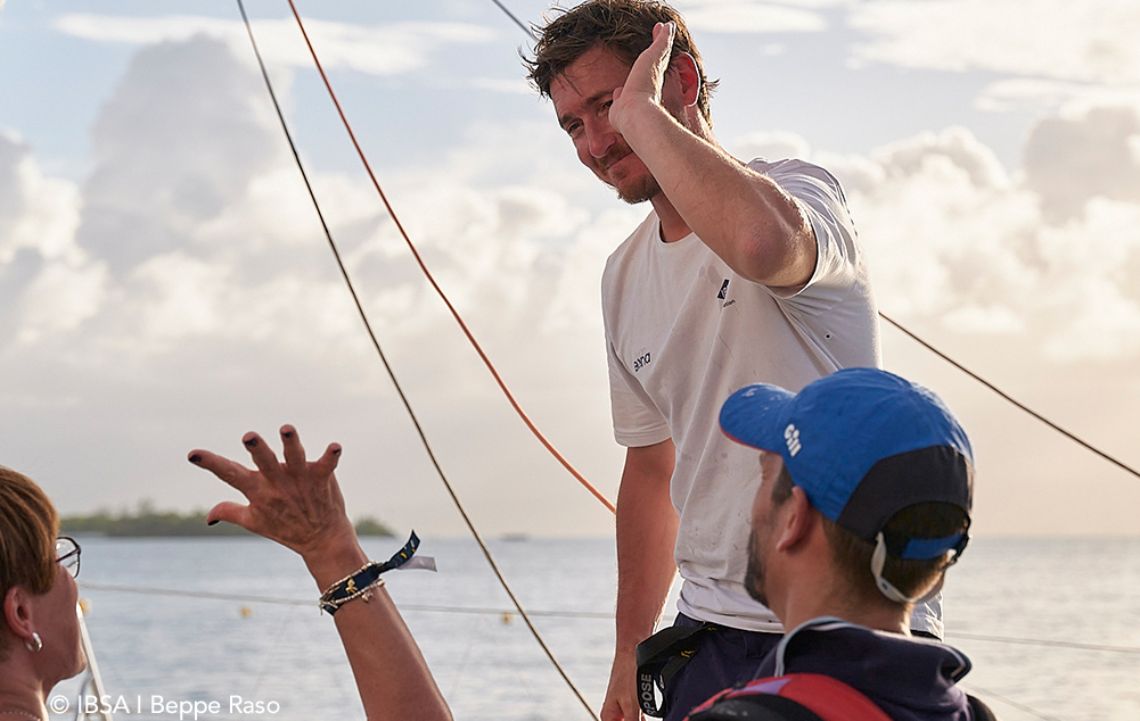 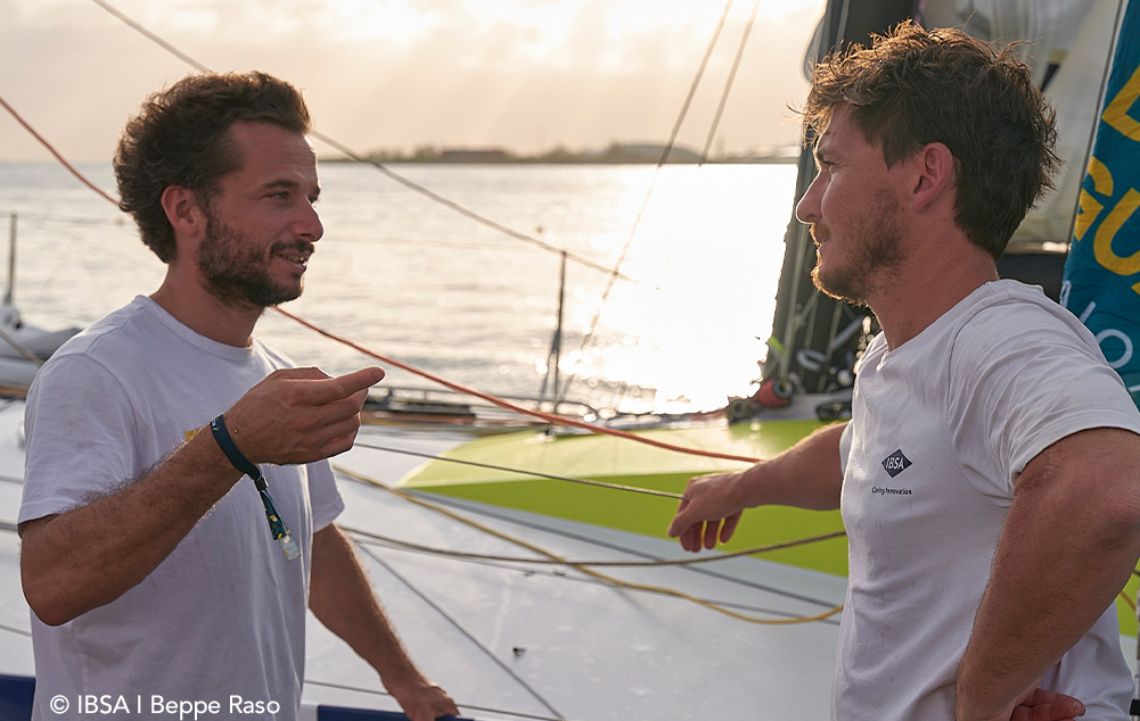 Alberto Bona and Ambrogio Beccaria 7 of 9 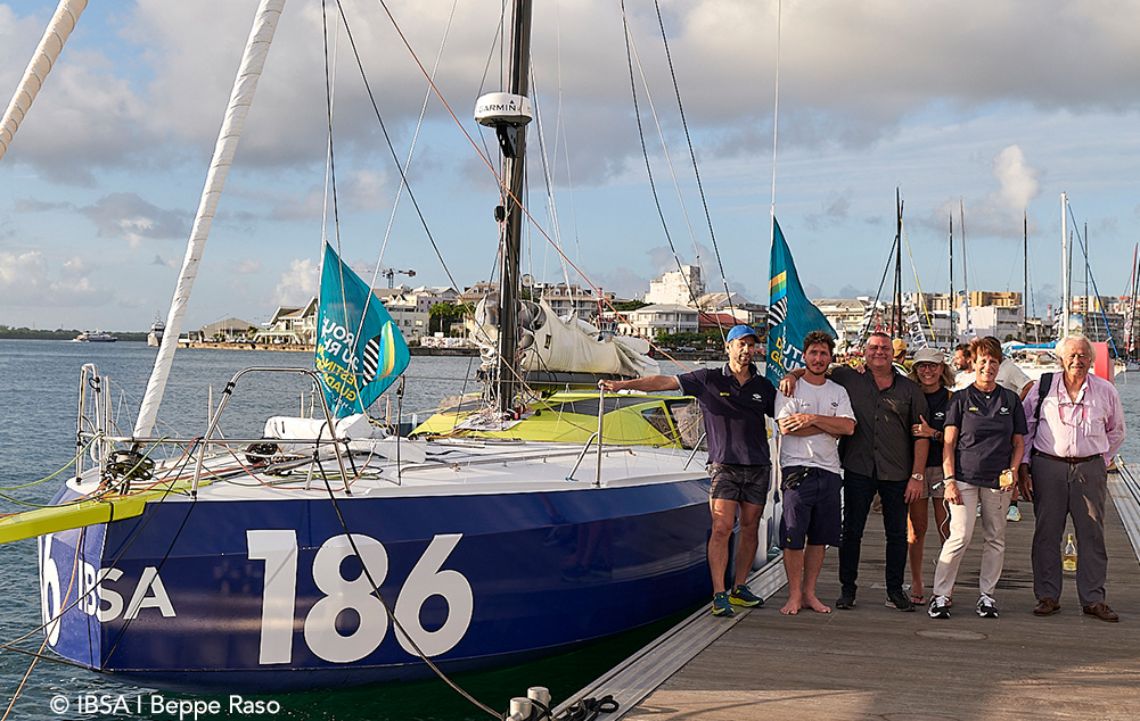 Alberto Bona and the IBSA's team 8 of 9 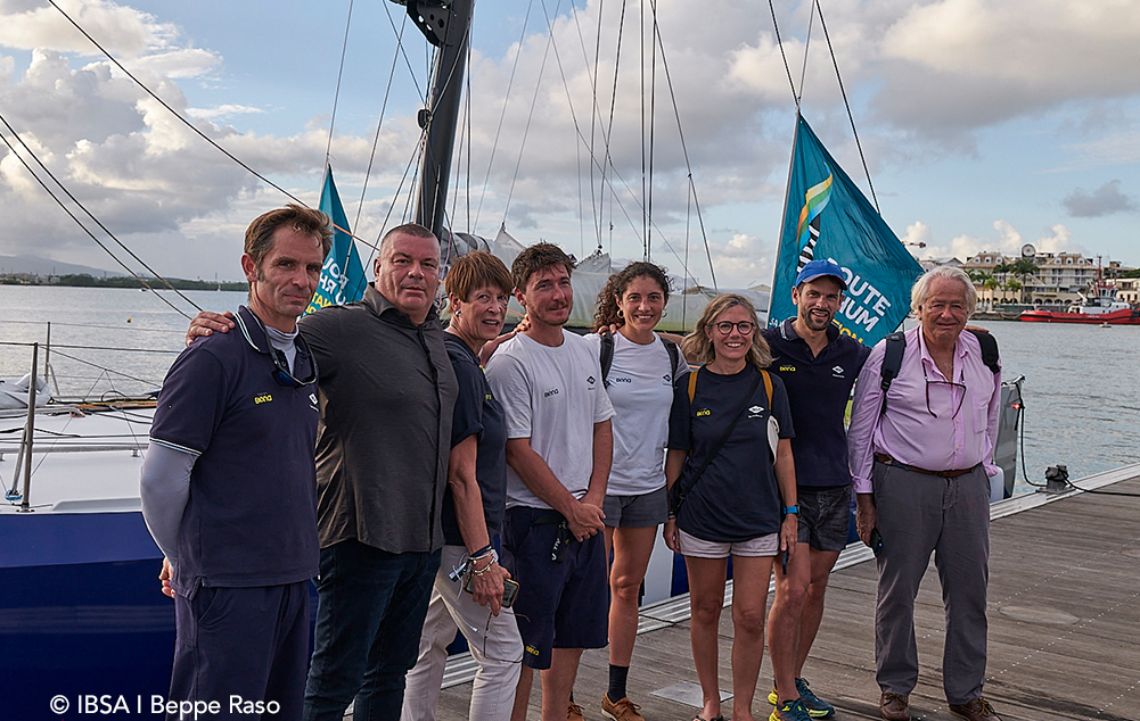 Alberto Bona and the IBSA's team 9 of 9

The text of this article was taken from the international website of the IBSA Group and translated. You can read the original version at the following link.